by Metropolitan Philaret, First Hierarch of the Russian Orthodox Church Outside of Russia 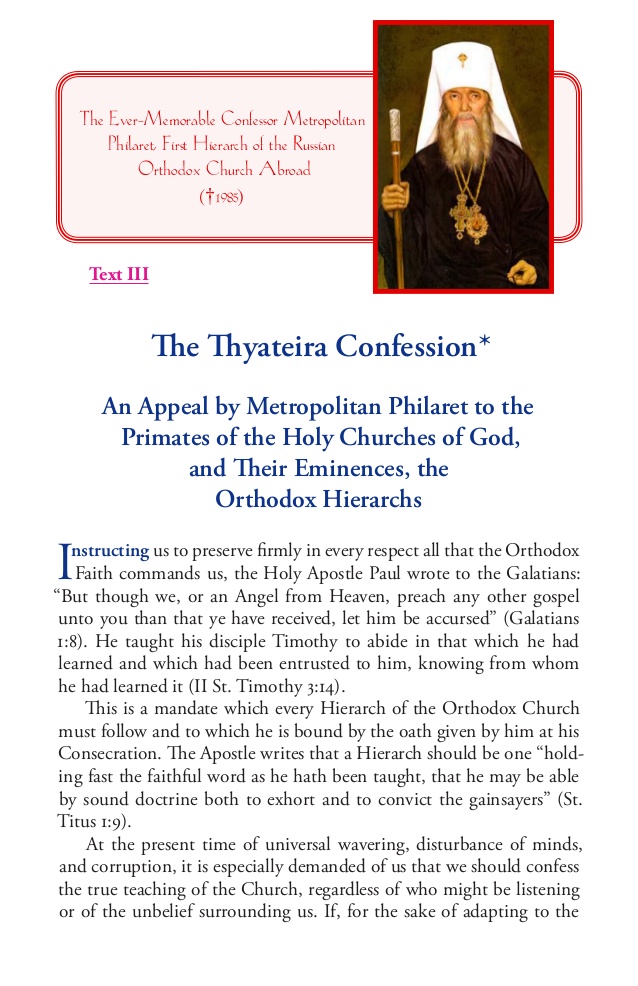 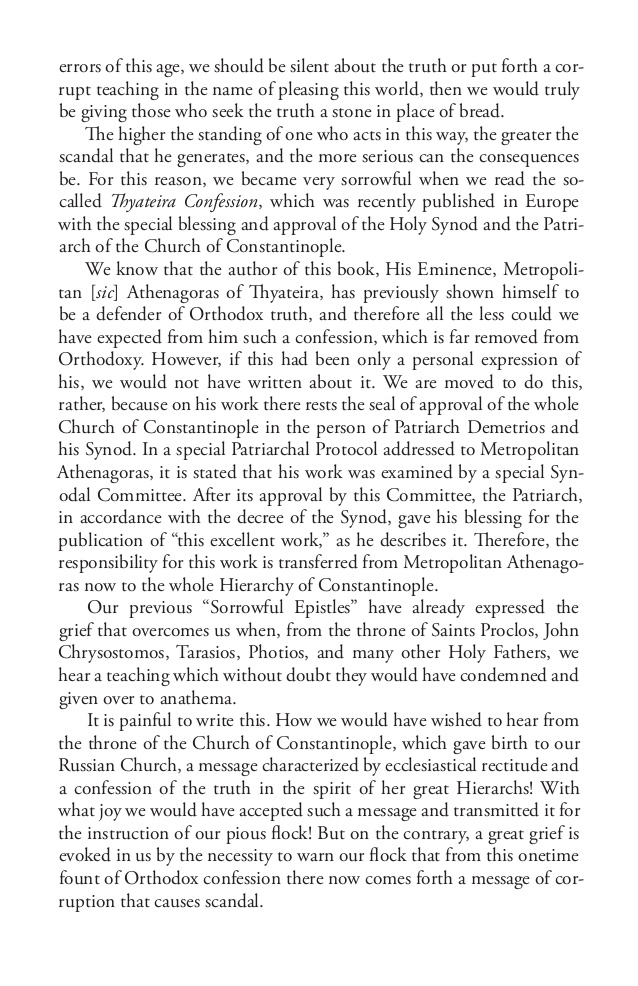 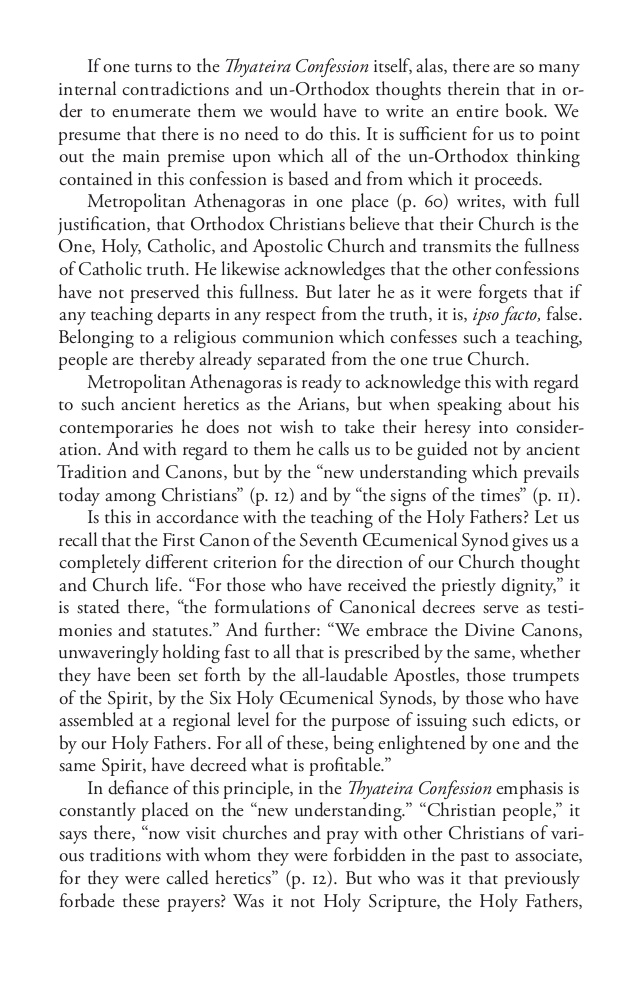 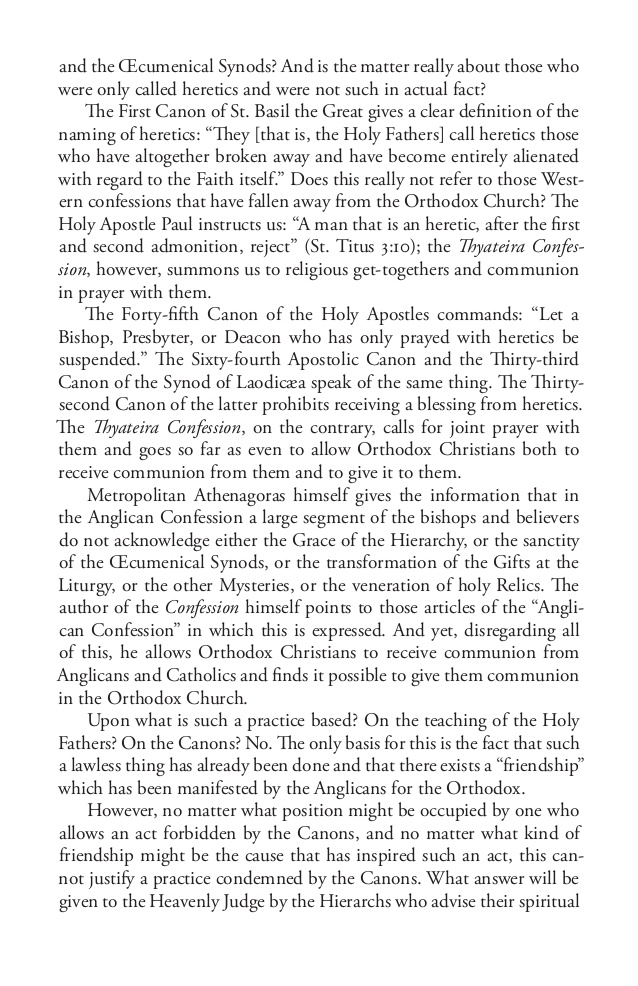 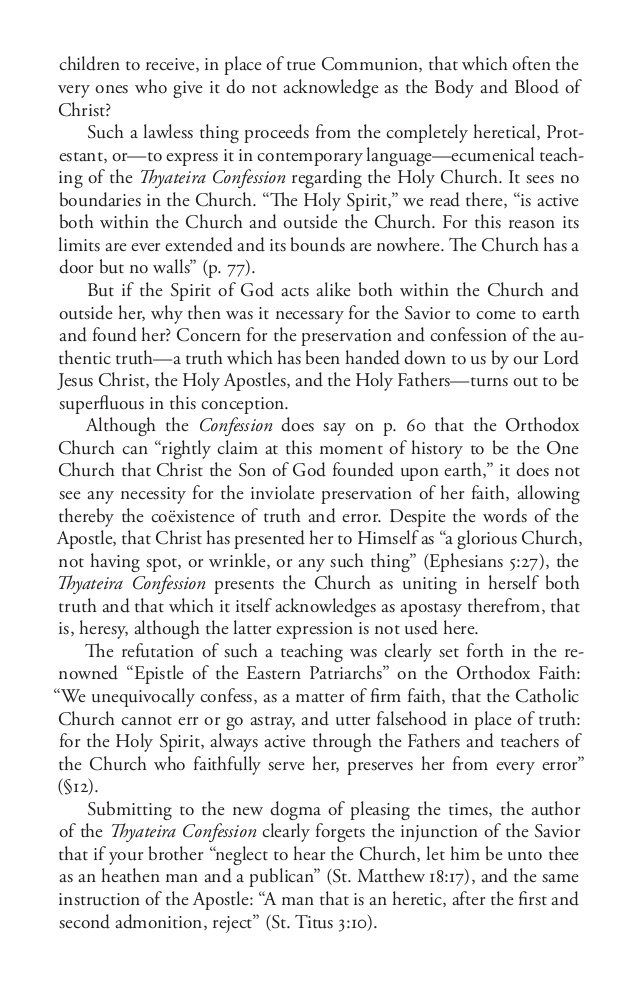 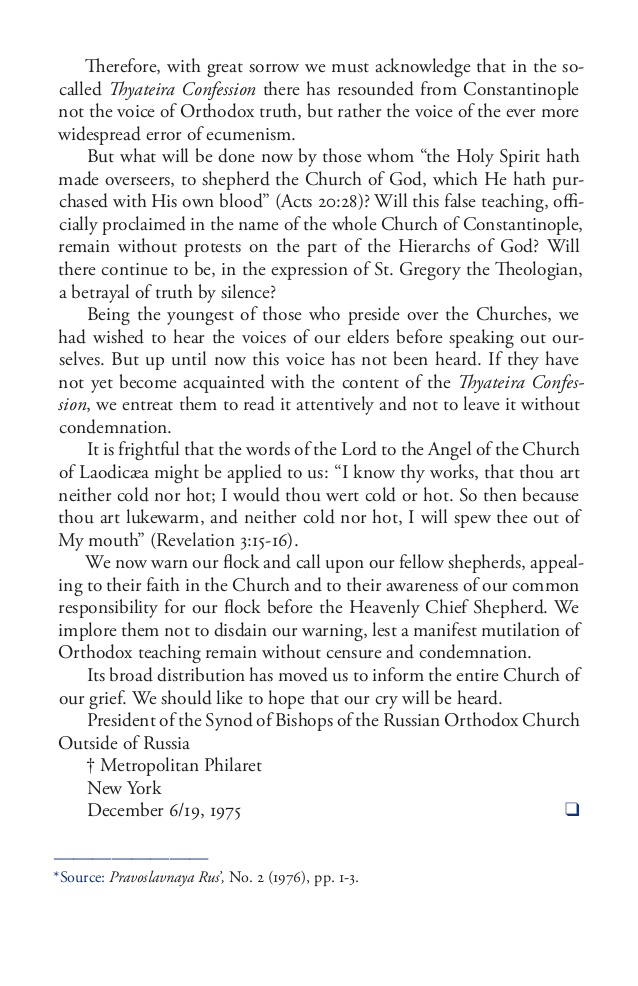 ... But the Most Blessed Metropolitan Philaret said:
You have probably heard many times how there are many most sublime, beautiful and seemingly Christian words being said about everyone joining together into one faith, one religion. But remember, what lies behind this is precisely indifference towards truth. If a person valued truth, he would never agree to this. It is precisely because everyone is little interested in truth and wishes only to make things simpler and more convenient even in matters of the faith, this is why they say that everyone must unite", i.e. each person must admit that his faith is not the truth, and only when all these truth-less faiths combine into one, then somehow truth will emerge. Brethren, let us fear such indifference toward the truth. Our Lord Jesus Christ clearly indicates to us in Revelations how terrifying indifference toward the truth is. He speaks to the Angel of the Church of Laodiceans:
"I know thy works, that thou art neither cold nor hot: I would thou wert cold or hot. So then because thou art lukewarm, and neither cold nor hot ( lukewarm - you do not treasure the truth) I will spue thee out of My mouth." This is expressed more severely and strongly in the Slavonic text: "I will vomit you out of My mouth", just as an organism expels something truly repulsive and harmful to it.
Metropolitan Philaret NY (1986)
source:
http://metanthonymemorial.org/VernostNo83.html